The only thing easier for Alana and Luke than deciding to spend the rest of their lives together was choosing their first wedding song. They asked our five-piece band to perform “Annie’s Song’ by John Denver, which they chose because it stood out as truly unique.

It was the right choice. When the band started playing at their Royal Motor Yacht Club wedding, they weren’t nervous. Instead, they only felt “happiness and bliss”—feelings that only further intensified when their parents joined them on the dance floor for the latter half of the song.

“A lot of people don’t do the father-daughter dance now and we thought it would be nice to invite our parents,” says Alana.

Our guests often ask us for advice on choosing the perfect father-daughter or mother-sondance songs—and advice on whether they need to include this dance at all. Ultimately though, as Alana’s example proves, there are no rules on when or if you include this tradition.

However, if you’re starting to look for father-daughter dance songs, here’s what you should consider.

How to choose your father-daughter dance music

We get that it’s hard to find a song that’s about love without being about sickly sweet romantic love. That’s probably why Heartland’s “I Loved Her First” is one of the songs most-requested by our couples for their father-bride dances.

But much like the bridal waltz, there’s no reason you can’t get creative here! “Heartfelt” isn’t mutually exclusive with “soppy” and you don’t have to choose a song with lyrics that can be literally interpreted. It also doesn’t mean that you have to stick with one of the stock standard options like, Stevie Wonder’s “Isn’t She Lovely”.

Instead, the best father-daughter dances songs are about the fun and relationship that you have a child and parent, or a song that celebrates a special moment or memory that you’ve shared together.

A word of caution though: Do take a careful listen to the lyrics before you make your selection. As Jezebel points out in this article on songs to avoid, just because the song has the word “daddy” or “mama” in the title doesn’t mean it’s appropriate. In fact, it’s probably not! (That cringy scene of Maeby and her uncle Michael singing “Afternoon Delight” in Arrested Development comes to mind.)

With that being said, if you love Van Morrison’s “Brown-Eyed Girl” but want to avoid lyrics like “making love in the green grass” (fair enough) we can work with you to modify the lyrics or reduce the length of the song.

As another suggestion, keep in mind that the song doesn’t have to be a slow one! If you’ve got a fun mom or dad who is willing to bust a move, there’s no reason you can’t choose something upbeat like Bobby McFerrin’s “Don’t Worry, Be Happy”, Queen’s “You’re My Best Friend”, or even Guns n’ Roses “Sweet Child of Mine”.

When to perform your father-daughter or mother-son dance

Typically, the father-bride or mother-groom dance is performed before the first dance (to signify the parent giving their child away) or immediately after the first dance. However, you can follow Alana and Luke’s example—how and when you do this is totally up to you as a couple!

Either way, we recommend that you open up the dance floor to guests immediately after the formal dances. We’re certain that after watch you dip low on the floor, they’ll only be too eager to get their own shoes tapping and bodies moving.

How to choose your first wedding song

Jump to a category

Wedding Band Hire: You’ve picked the dress, booked the hall, and even starting thinking about...

Harpist in Sydney: The world’s eyes were on Prince William and Kate Middleton when they... 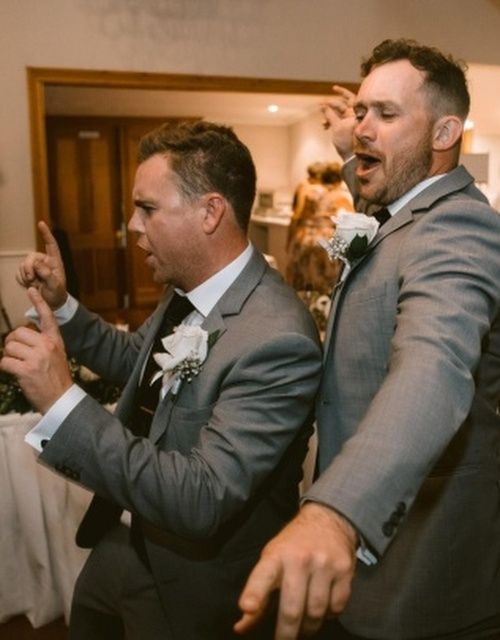 Corporate Lives Bands Sydney It doesn’t matter if you are a professional event management guru...

READ MORE
BACK TO ALL ARTICLES 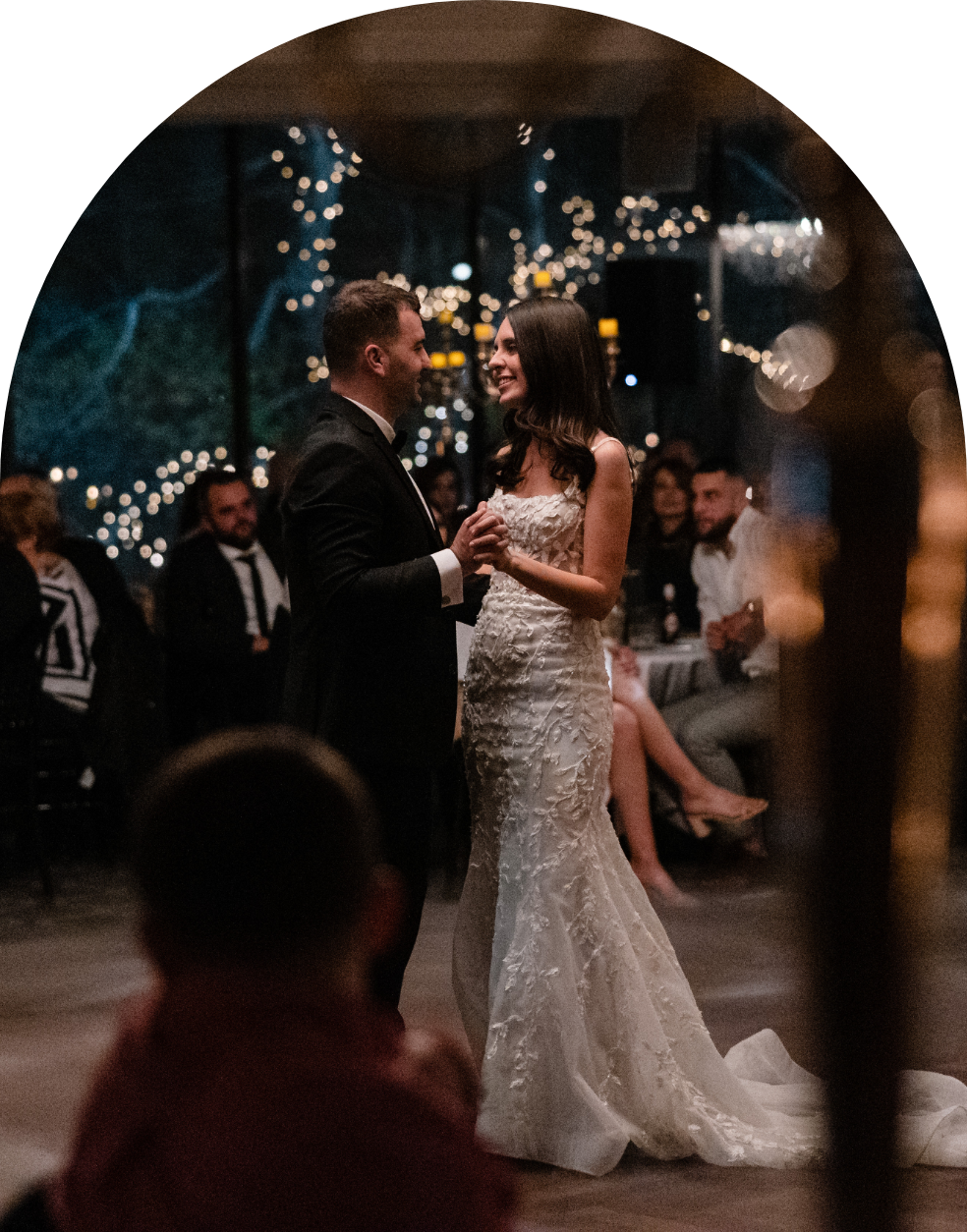 Get an instant quote
RIGHT NOW for your
wedding music

Hire a sydney wedding band who gets rave reviews from brides-and-grooms-to-be.

“
I loved the music; the violinist really set the atmosphere and I was almost lost for breath as I was about to walk down the aisle. We had talked about getting emotional thinking about that particular song and that was definitely the case for me on the day.

“
Red Soda Band played with perfection on our special day! The song choices were easy and done in a flash. Prompt and friendly communication the whole way through made this part of the wedding planning simple.

“
Just wanted to say a HUGE thank you to you guys. It was PERFECT – the songs were great, the volume was spot-on and you both were extremely professional. You were both lovely guys, too! It all came together and everyone commented on how great the music was!

“
The team were SUCH a pleasure to deal with. If you want to limit your stress, get the Red Soda Band involved. They were just so fantastic and wonderful AND TALENTED! We have had so many positive comments over how spectacular and wonderful they were. Make this easy-peasy for yourself and talk to Red Soda today!

“
The music helped create the perfect vibe for both our ceremony and reception.

“
The song selection was top-notch and the dance floor was rocking.

“
Our warmest thanks for providing such beautiful music on our wedding day. It was absolutely perfect in every way and we have had so many friends and family comment on it.

“
Thanks for the fantastic job you did at our wedding!! It looked and sounded amazing and we have had nothing but compliments from our guests.