10 Wedding Songs That Will Touch Your Soul

When you decide to hire a wedding band, one of the most exciting elements is being able to choose the songs that you’ll hear live during your ceremony and reception. However, the act of settling on songs that will be both meaningful and timeless can sometimes be easier said than done.

Regardless of whether you’re having a modern ceremony or one that’s focused on tradition, here are wedding song ideas guaranteed to touch your soul.

1. Shania Twain – From This Moment On

Initially written with fellow Canadian songstress Celine Dion in mind, Shania Twain has performed this song on every tour ever since it was recorded. A duet, complete with a symphony orchestra, there’s nothing subtle about this arching love song.

If you’re doubting the emotional power of this ballad, consider this anecdote: “I once started crying at a wedding when—before the ceremony event started—a guy played ‘You Raise Me Up’ on the piano,” says one woman.

A favorite amongst the indie set, Conor Oberst’s lyrics are for the romantic realist: “With these things there’s no telling; We just have to wait and see; But I’d rather be working for a paycheque; Than waiting to win the lottery”.

4. Sara Bareilles – I Choose You

If you’re bored of the same old standards and are looking for modern wedding ceremony songs, one recent bride put us on to “I Choose You”. We also recommend you check out the video, which features Bareilles helping two real-life couples delivering proposals.

“I’ve always loved the lyrics: ‘It’s not always easy and sometimes life can be deceiving; I’ll tell you one thing, it’s always better when we’re together,’” says one bride, who chose it as her wedding song recently.

6. Crowded House – Fall At Your Feet

Written by NZ band Crowded House, it’s been an American classic love song for over 20 years. What more can we say? It’s one of the many romantic acoustic songs that we can play at your wedding.

As a wedding band, there are songs that we look forward to playing time after time, and this is one of them. You can hear us play it (and find other favorites) by browsing our Popular Wedding Song List.

Ranked by Rolling Stone Magazine as one of the 500 Greatest Songs of All Time, it’s been used in countless romantic comedies and television shows over the last 40 years—and even performed by Barack Obama!

9. Ball Park Music – Exactly How You Are

The Brisbane-based band’s “Exactly How You Are” is a good PG-alternative to the sweet, but profanity-laden, iFLY. (It’s also a really easy singalong later in the night for your guests!)

10. Louis Armstrong – What A Wonderful World

Sometimes, coming up with wedding song ideas doesn’t have to mean reinventing the wheel. Classics like “What a Wonderful World” stand the test of time, will bring your guests to tears, and deliver a beautiful note on which to start your life together.

If you’re looking for a wedding band to play one of these songs or another one of your favourites, please get in touch today.
SHARE

7 Color Combinations to Brighten Up Your Wedding

Jump to a category 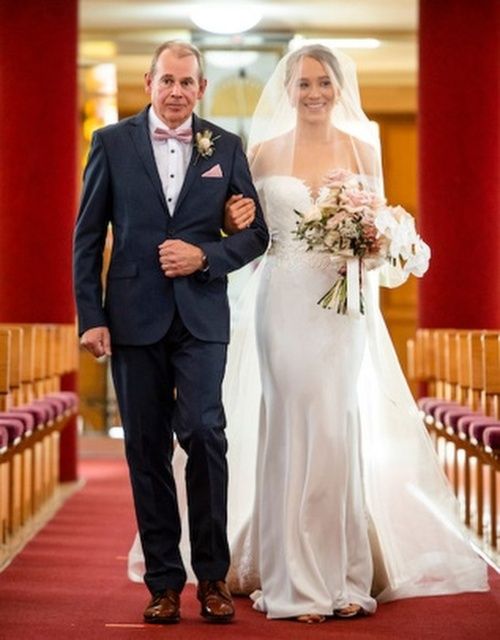 The only thing easier for Alana and Luke than deciding to spend the rest...

Harpist in New England: The world’s eyes were on Prince William and Kate Middleton when...

READ MORE
BACK TO ALL ARTICLES

Hire a Sydney wedding band who gets rave reviews from brides-and-grooms-to-be.

“
I loved the music; the violinist really set the atmosphere and I was almost lost for breath as I was about to walk down the aisle. We had talked about getting emotional thinking about that particular song and that was definitely the case for me on the day.

“
Red Soda Band played with perfection on our special day! The song choices were easy and done in a flash. Prompt and friendly communication the whole way through made this part of the wedding planning simple.

“
Just wanted to say a HUGE thank you to you guys. It was PERFECT – the songs were great, the volume was spot-on and you both were extremely professional. You were both lovely guys, too! It all came together and everyone commented on how great the music was!

“
The team were SUCH a pleasure to deal with. If you want to limit your stress, get the Red Soda Band involved. They were just so fantastic and wonderful AND TALENTED! We have had so many positive comments over how spectacular and wonderful they were. Make this easy-peasy for yourself and talk to Red Soda today!

“
The music helped create the perfect vibe for both our ceremony and reception.

“
The song selection was top-notch and the dance floor was rocking.

“
Our warmest thanks for providing such beautiful music on our wedding day. It was absolutely perfect in every way and we have had so many friends and family comment on it.

“
Thanks for the fantastic job you did at our wedding!! It looked and sounded amazing and we have had nothing but compliments from our guests.